The more I think of it, the more I believe that Marcel Duchamp’s “fountain” is a disgrace to the art world.

If he had not put that urinal in display arguing that any stupid thing could replace excellency in craft, we wouldn’t have had todays shallow pop culture. He enticed hoards of untalented wanna be artists into the world of art. Degrading humanity all together. END_OF_DOCUMENT_TOKEN_TO_BE_REPLACED

It was a cold January morning in Siscia Sisak (located 57km southeast of modern day Zagreb, Croatia), the capital of the Roman region of Pannonia Savia. Crismus and Desimus, the two Roman legionnaires were having detailed discussions about what went on a week ago while they were mercilessly ambushed by the Germanic Varisci forces. They were part of the thirty two soldiers who competently fought the outnumbering Barbarians who possessed comparatively higher terrain at one of the key battle fronts during the campaign. A combination of fortune and organization was on the side of the Romans as they succeeded in deflecting the attack. However, during action, Desimus took many hits on his armour and shield near his abdominal area. After the intense four hour long fight, as he went into the woods te get some rest he noticed a pinkish color in his urine. He mumbled ‘Fucking peasents’ as his face grimaced, but managed to quickly filter out this new health problem in his mind in order to maintain focus on what really mattered for him.

Every night during his sleep he would have imaginary conversations with his massacred family members, rasing suspision in the barracks regarding his sanity. Even though a stoic mindset was deeply embedded in the behaviors of most Roman soldiers, some simply could not cope with the loss of their loved ones; and Desimus was not exempt from this.

The notorious Roman legionaire knew his Emperor Marcus Aurelius personally, they took long walks during the Marcomannic campaign, where the Emperor’s belligerent son Commodus would also join them. The Emperor was impressed by the strength of Desimus’ soul, and as of today we can find several entries in Aurelius’ journal: “Meditations”, which were presumably inspired by the Legionaire’s story and character. One goes as such:

“Thou Must Be like a Promontory of the Sea, against Which though the waves beat continually, yet it both itself stands, and about it are those swelling waves stilled and quieted.”

The Emperor chose the bravest of the Roman soldiers from the fronts to accompany Verus and himself as bodyguards. They often convoyed from the battle fronts of the Marcomannic wars to Aquileia, a city near the head of the Adriatic in modern day Italy. If they were in the region during winter, they had to take weeks of stay in the town, due to inclement weather conditions.

At this stage, Rome was unprecedentedly being led by two Emperor’s at the same time where both praise and criticism was expressed for Aurelius.

Due to freezing temperatures, the convoy was scheduled to stop in the region for a few days, until the weather bettered itself. These stops were precisely the times in which Marcus would seclude himself in his tent in order to add entries to his infamous journal, known today as Meditations. The book, was written by him not to be published but for his own personal use, and his writings were out of reach from even his closest and dearest. The Marcomannic wars were taking too long, it had been 24 years since its commencement, and the Emperor often retired to his private space in order to write during the climatic moments of various battles. He trusted Verus’ skills as a military leader more than his own, but did not want to be absent from the battle zones as the fights broke out.

“So, what do you think? Is he going to be in there for another week?” came forward the broad shouldered fighter Crismus in a tone of slight protest and impatience.

“It has been two days and he has not yet been seen, maybe we should ask if he needs anything” Albus, the medic answered. “What do you think about it Desimus?”

“Friends, let us give the emperor time, I am sure he is aware of our waits and will soon greet us, we ought to not disturb the imperator” replied Desiumus, encouraging and ushering patience.

Another forty eight hours passed, but still they haven’t heard from the Emperor. Desimus decided that checking on him would be the right thing at this moment of time. His tent was heavily secured from all sides, so it was virtually impossible for anyone to enter or exit the tent without being seen. As the Legionnaire entered the room he noticed a stench; rotting food. As he moved further inside the sequence of rooms he noticed how organized and tidy the spaces were, the dining table was untouched with dishes of decaying meals on it, books were all lined up in place, the bed was made as if it was never touched; It was as if nobody was ever there. Desimus hastily went through the large tent four times but saw no traces of the emperor. He called the rest of the body guards inside where they all subsequently confirmed that Marcus Aurelius was missing. It was as if the Emperor had somehow vanished into thin air. 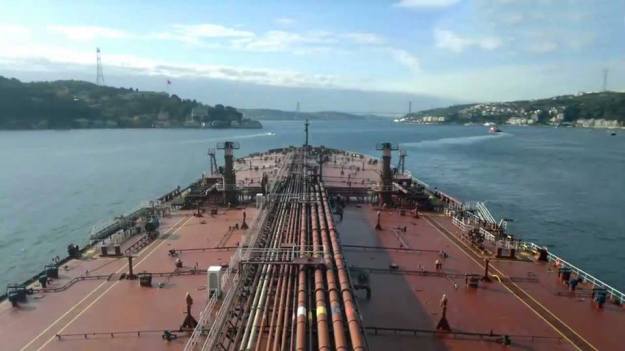 The mind is no different than a vessel within the Bosphorus.

When we are young our minds are similar to that of a speed boat, it is agile and it easily maneuvers itself to different directions as it wishes. But as we age our frames of the world turn more into massive tankers of slow speed, which possess in it the heavy weights of experience and engraved belief systems acquired through many decades. In order to change its direction a tanker needs a long time and a good distance, which the Bosphorus does not provide due to its narrow and meandering nature.  END_OF_DOCUMENT_TOKEN_TO_BE_REPLACED 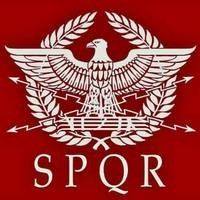 Roman citizens were fortunate people who were alive in perhaps the best times of human history. Though technology and medicine were not as advanced as of today, there societal values were virtuous and nothing near the level of cultural degradation we see as of today through the current instagram and social justice culture we are experiencing. Morals and Ethics were at the forefront in daily life, and many stoic philosophers rose to the spot light under the reign of Roman Emperor’s.  END_OF_DOCUMENT_TOKEN_TO_BE_REPLACED

An architect can try to do all his best, but if the culture is unwilling to accept the value of buildings he is just wasting his time.

Not only is an architect challenged while designing and implementing artistic common sense during interdisciplinary collaboration, but what he gets built after the design process is also heavily vulnerable to constant civic sabotage and his intellectual intent to constant vandalization. END_OF_DOCUMENT_TOKEN_TO_BE_REPLACED 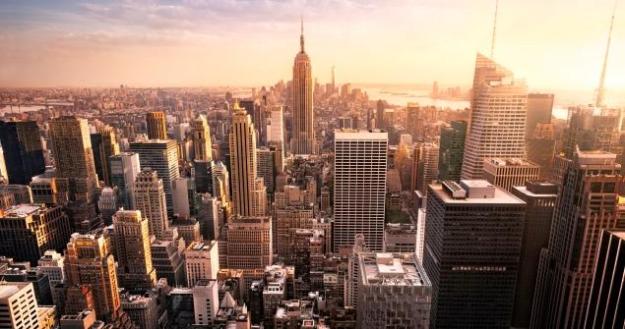 A city is an unnatural habitat for human beings and is no different than a cancer tissue on Earth, which grows and grows until it destroys its host by turning natural wildernesses into concrete and steel jungles.

Similar to how our digestive systems are not yet evolved and adopted to agricultural inventions such as bread and rice (Which is clearly the case when the levels of insulin and sugar in our blood streams are analyzed after consuming these products), living cramped with more than two million people in a 800km2 area is also a social invention which both our psychological and physiological systems are not adopted to. And looking at the slow rate of evolution through out the history of men, it is highly unlikely that we will ever adopt to big cities in the next few millennia.  END_OF_DOCUMENT_TOKEN_TO_BE_REPLACED 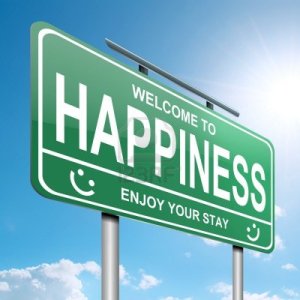 I am often asked by close people wether I am happy or not living in the city of Adana; a city where I recently discovered that even Syrian refugees despise. Upon some small talk at the streets of istanbul last weekend, one Syrian guy told me that only the stupid Syrians stayed in Adana. And this happens to be the city that I live and work in. END_OF_DOCUMENT_TOKEN_TO_BE_REPLACED 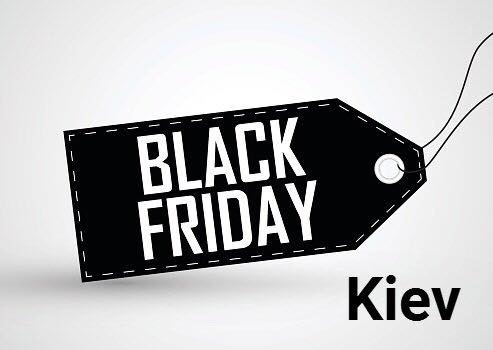 Western “consumerist culture” is not only toxic but also highly contagious on an international level. END_OF_DOCUMENT_TOKEN_TO_BE_REPLACED 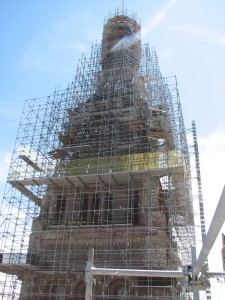 Often great writers vividly explain the environments in which they were brought up. They describe the joy of revisiting their homes and how they remember the influence of certain prominent trees and many other details in the landscape. END_OF_DOCUMENT_TOKEN_TO_BE_REPLACED

Now future generations not only have to deal with extreme weather conditions which came with global warming but also severe mental health problems that will prevail with the social environments which these types of technological innovations will undoubtedly create.
As we continue to shrug our shoulders for the idea of reviving face to face interaction as a generation, we greatly offend nature and its close ambassador in us, who goes by the pseudonym: “The endocrine system”. 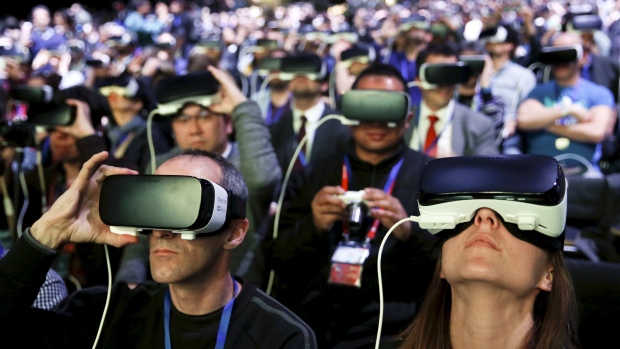